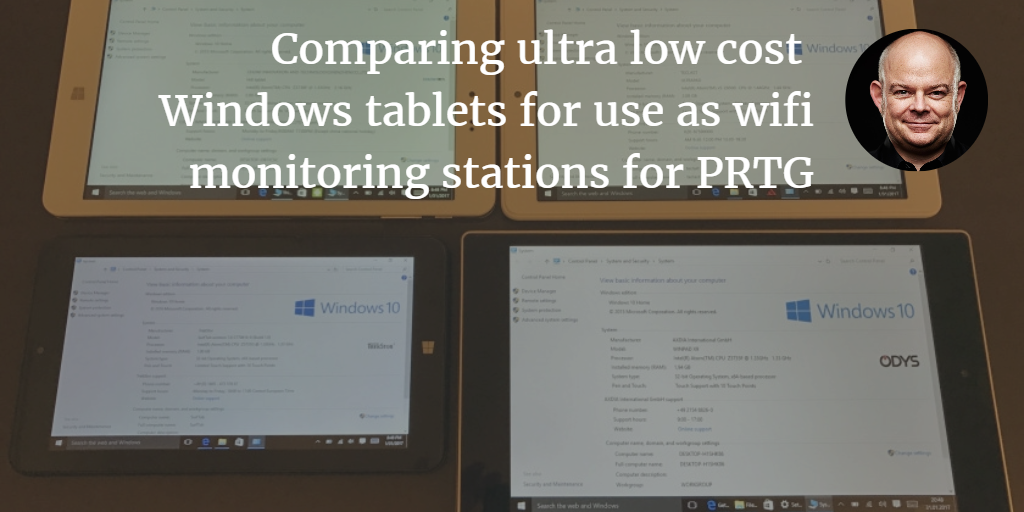 Many IT admins maintain not only one copper-based network, but also remote sites and wifi networks. To monitor these (more-or-less) remote locations our monitoring software PRTG Network Monitor offers the “remote probe” feature (other vendors call this polling engine, poller, agent, etc.). The user can create as many of them as desired at no additional cost. 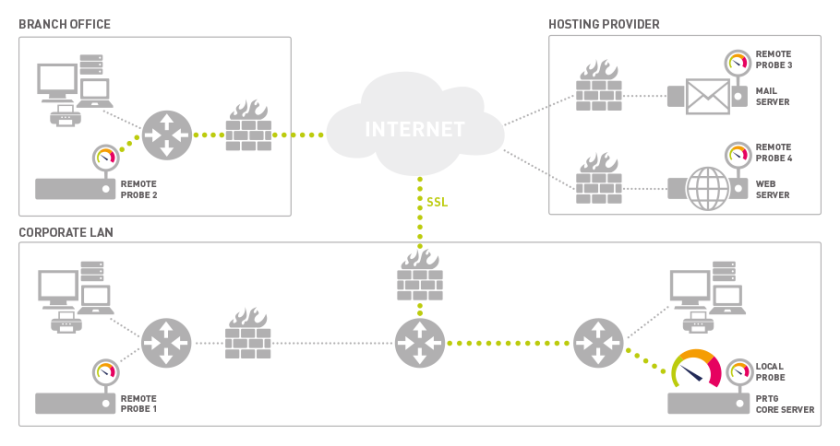 If you have several or many of these remote sites the cost for the monitoring PC and the Windows license can sometimes become a (cost-)problem for some of our customers. So we are always searching for low-cost solutions.

About a month ago I published a video which showed how I installed a remote probe for PRTG using a cheap €169 mini PC in my home lan. This probe has been working rather flawlessly since then.

Somebody suggested to use an even cheaper Windows tablet to do the job. I liked the idea and ordered four ultra cheap Windows 10 tablet PCs (between €65 and €103) and a stick-pc (€129) from Amazon. All 5 devices have an Intel Atom quad-core processor with 2 GB RAM and 32 GB SD disk (except the Trekstore which has only half that storage).

Here is a size-comparison (iPhone 7 plus and iPad Mini on the left and a Microsoft Surface Pro 4 on the right):

When I unpacked the devices I realized how much computer you actually get for €65-100 nowadays. These are fully working and mostly well built small PCs with screens that include a Windows 10 license. And they can run all the Windows software you can think of. Some even in Full HD! What more do you need if you just need a computer to surf, watch Youtube and write emails? And compare this to an iPad mini 2 (€289) or a Samsung Galaxy Tab A (€214). My first computer (VC20, 1982) cost €1200 and had 3,5 kilobyte of RAM. Oh, I envy the young people who just start using computers now..

I turned them all on and Windows 10 greeted me with the basic settings (language, time zone, Windows login, wifi password, etc.). Everything went fine, except that the Trekstor tablet already crashed for the first time before I could even select the timezone, and a couple of times later (hard reset was necessary every time).

After a few minutes I had 4 new PCs connected to my network:

I changed the power management defaults to never go into power-safe mode when PC/tablet is connected to power (we want the probe to run 24/7). I enabled automated Windows updates. Then I installed TeamViewer on all of them so I can manage the tablets from my desktop.

Finally I installed the probe from my PRTG server on all of them. When they connected to my PRTG server and I approved them, they immediately did an autodiscovery of my LAN and I ended up with about 150 sensors per probe.

When I took this screenshot the Teclast tablet was offline for a reboot.

It immediately became clear that the memory limitations of the Trekstor make it almost unsuitable as a PRTG probe, even in small networks. PRTG displays this and the “probe health” sensor shows this message:

3,698 MByte (Data Storage Free) is below the warning limit of 5,120 MByte in Data Storage Free. The probe system is running out of disk space. Please add additional space to the PRTG data path. For details, please see http://kb.paessler.com/en/topic/64628

Apart from that I didn’t see other early problems.

Up to now the Chuwi Hi8 tablet leaves the best first impression. It has the fastest CPU, good build-quality and a good screen. All that for only €78.

The Trekstor tablet has crashed more than 5 times in 2 hours. Let’s see what the coming days will bring.

The biggest difference to the €169 mini PC from last month is, that the tablet don’t connect to my network via copper-based Ethernet. They are wifi only (if I don’t add an ethernet-to-usb-hardware piece). But this also means that the tablets are monitoring my wifi availability and performance, too, which is good.

Over the next days and weeks I will keep an eye on my 4 tablets and I will report about the experiences I make. And I will install the stick-PC to my tv to include it in this test, too.

The most interesting aspect will be how reliable the tablets are, how they will react when power goes down (will they come back again), etc. 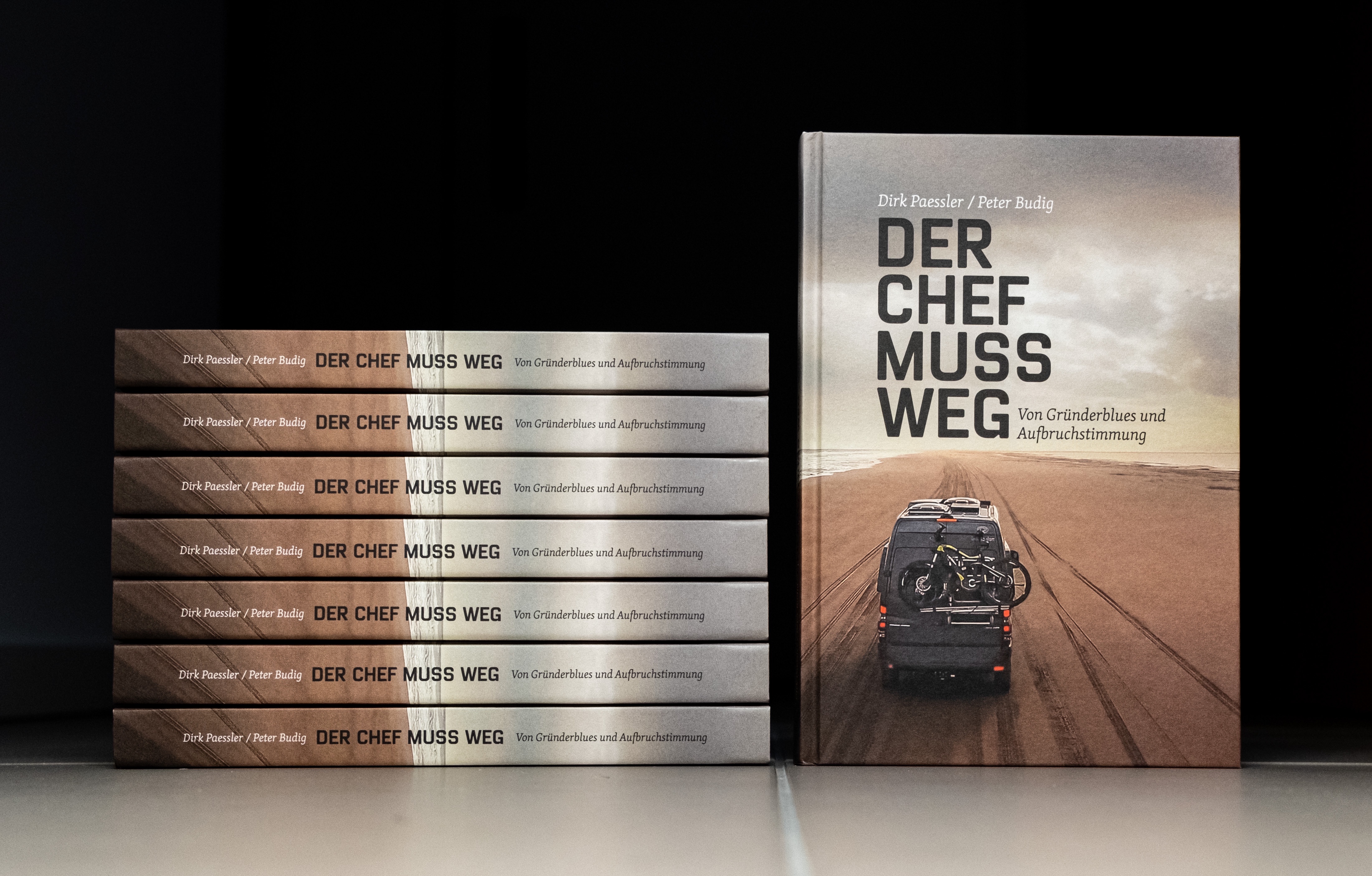